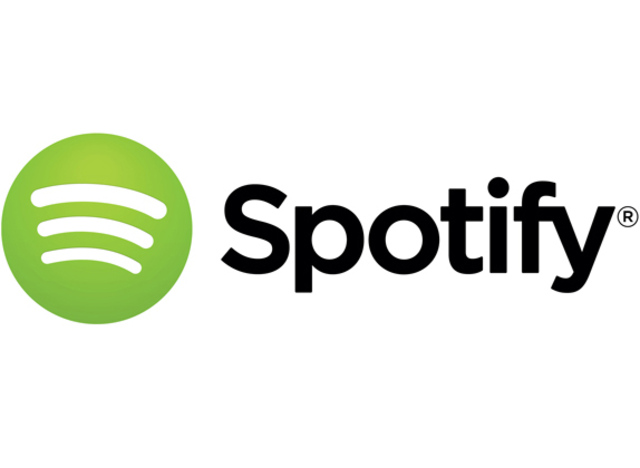 By far my favorite app on my phone (and iPod Touch, and my phone) is Spotify.  I’ve heard some people ask why they would ever use Spotify when they already have Pandora?  The answer I give them is simple:  You can play entire albums, save them as playlists for later playback, and even share them with friends.  Not only that, but you can create a playlist of as many songs as you like.  Do you like the “radio” feature that Pandora has?  No problem, Spotify has that too.

But that’s not what really blew me away about Spotify.  What convinced me to go ahead and pay the $10/mo was the “offline play” feature that “Premium” users have access to.  What this means is that once you create a playlist, you can tell your computer or mobile device to make it “available offline”, which downloads all the tracks on the playlist for playback whenever you like, whether you have a data connection or not.  There’s no importing, no digitizing of a CD, all you do is create the playlist from the available album on Spotify.  For $10/mo, to me it’s well worth it.

Maybe I’m so excited about Spotify because I’m old enough to remember making mix tapes.  Sitting up for hours on end, picking which songs to put on my tape, recording them from the CD…that was a lot of fun, I’ll admit that.  But it was also time consuming, and it relied on me being in front of my stereo with physical copies of the music on hand.  Spotify lets me do this anywhere I have a data connection, at any time.  You might say, “you can make playlists with lots of different software.”  True, but I can login to Spotify right now, search on any band and immediately start making playlists from the music available to me online. 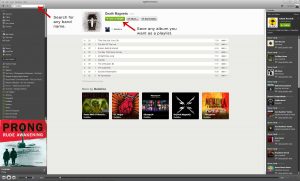 I don’t have to purchase the songs, I just simply start creating playlists.  When I’m done, I can hit “available offline” and I have all those songs available to me anytime I like. 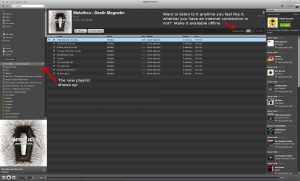 Then there’s the combo of SoundHound and Spotify.  I’ve literally been sitting in a restaurant, heard a song, liked it, fired up SoundHound to find out what the song is, then added it to a playlist on Spotify.  All within about a minute.  It’s unreal.

Spotify is also the way to go if you want to share albums, playlists or songs.  Have you ever asked someone if they have a certain album or if they’ve heard a certain song?  If they have Spotify and are your Spotify “friend”, you can just send the song directly to them.  You can also share the song to Facebook, Twitter, and Tumblr. 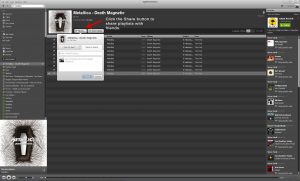 Same goes for albums and playlists. 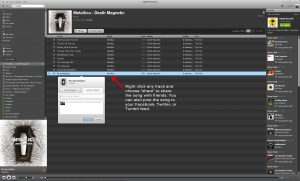 It gets better though.  Suppose you and some friends are into the same type of music, but listen to different bands.  You can create a “collaborative playlist” and share it with your friends.  Now whenever you add a song to the playlist, it shows up on their end.  And vice versa.  My brother and I currently have a “best of 2013” playlist that we add to throughout the year.  It’s a great way for us to share new bands or just let each other know what songs we are currently into. 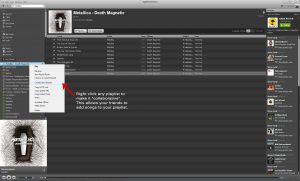 Do you love a certain band but aren’t so familiar with their back catalog?  In most cases, you can search on a band’s name and find most, if not all, of their albums.  Also Spotify usually get the “deluxe” versions of albums, so you get all the bonus tracks, etc.  In some cases you’ll even find that bands have done a “commentary” version of their album, in which they describe what each song on the album is about, how they went about writing it, etc.  Very cool.

Are you a purist who absolutely must have a physical copy of the music?  Why not use Spotify to see if you like the CD (or vinyl) before buying it?  I actually do still buy CD’s from bands that I really love, but ten bucks a month to hear entire albums anytime I like is well worth it.  Not only that, but in most cases Spotify has a band’s latest album available the day it comes out.  You wake up that morning, fire up Spotify and it’s there waiting for you.  Now that is awesome.