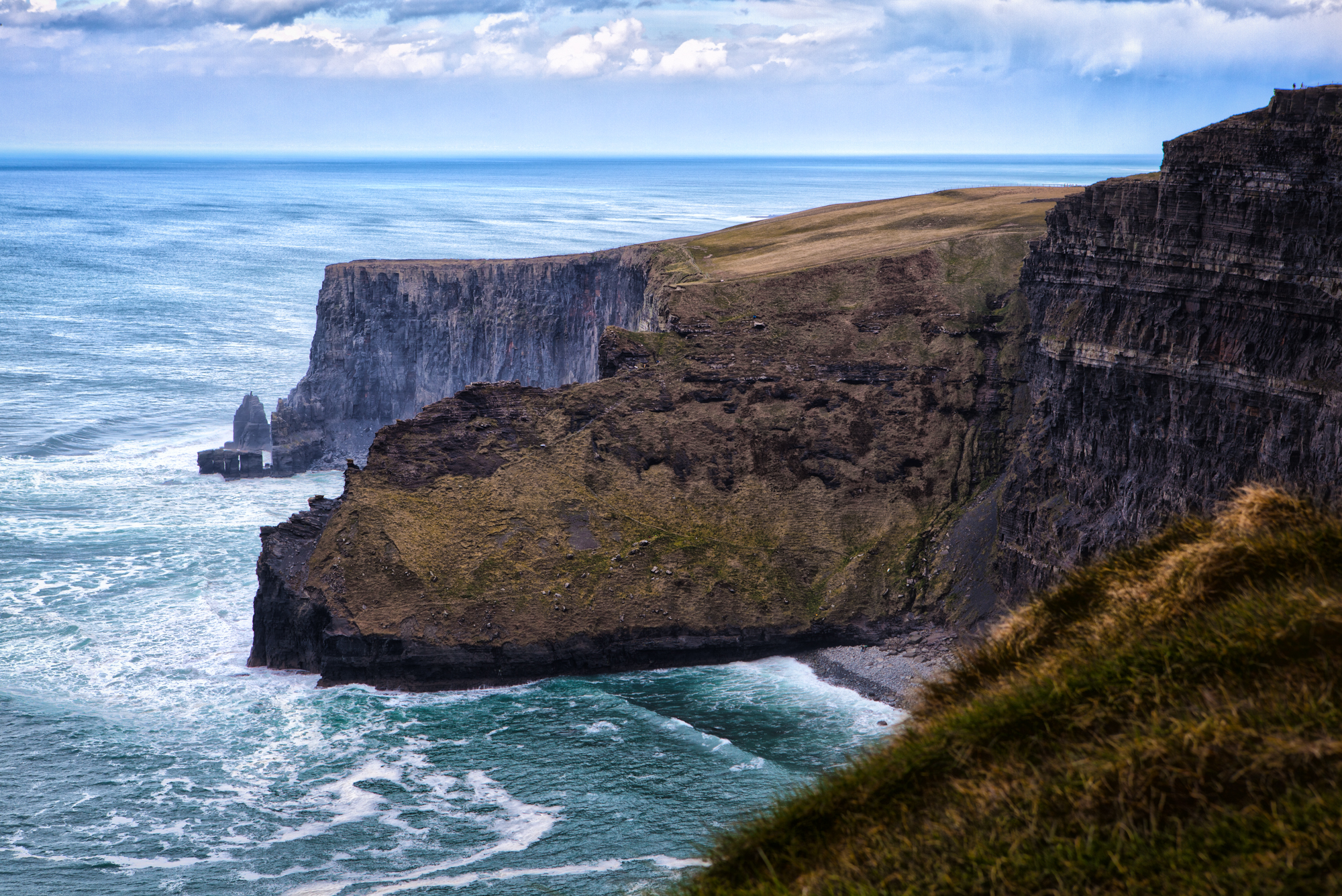 The final day trip taken in Ireland was to Ireland’s extremely popular Cliffs of Moher, as seen in “The Princess Bride” and “Harry Potter and the Half Blood Prince”.

The first stop was Dunguaire Castle. The bus stopped pretty much on the side of the road, so not much time was spent here.  The tour then took us through an area called The Burren, which is full of limestone and fossil lunar like rock formations. Even the hills here are primarily rock, so you are literally looking at rock mountains.  While in The Burren, we stopped at Corcomroe Abbey, an early 13th-century Cistercian monastery. Construction on the abbey most likely began sometime between 1205 and 1210 and used local limestone.

Next up was the “baby cliffs”. Very cool place. Similar to many locations in Ireland, you need to be careful. One slip and you aren’t coming back. After a quick stop for lunch at Fitzpatrick’s Bar we were off to the Cliff of Moher.

When we arrived at The Cliffs, this was similar to other day trips where we only had about an hour and a half to spend exploring the area.  That meant picking to explore either the left side or the right side of the cliffs.  I chose to go right, which gave me a better view of the more famous side.  Shooting photos of the cliffs presents a similar problem that you find when shooting anything this massive.  It’s difficult to really convey the feeling of awe you get when seeing these kinds of things in person. Shooting panoramas helps somewhat, but even then, nothing beats seeing something like this in person. I did my best though.  Enjoy the photos!