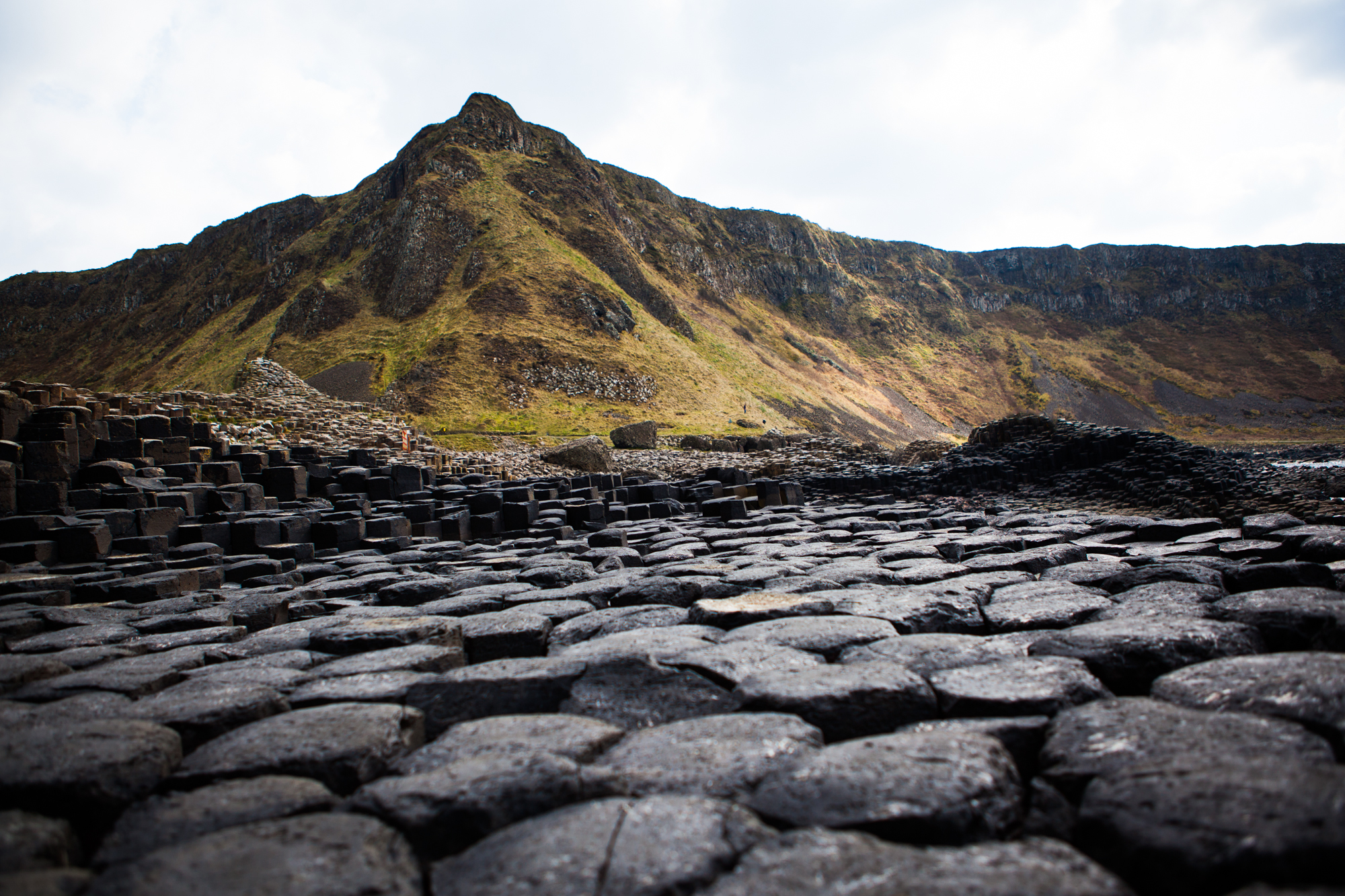 My favorite place that I was able to visit in Ireland was Giant’s Causeway. The Giant’s Causeway is an area of about 40,000 interlocking basalt columns, the result of an ancient volcanic eruption (65 million years ago, when this area was actually where you’d find Spain today). The area was formed so long ago that Ireland and Scotland were one continent! This can be proven by the fact that Scotland has its own Giant’s Causeway that has nearly identical rock formations. The name “Giant’s Causeway” (According to the legend), is derived from the story of the Irish giant Fionn mac Cumhaill (Fin MacCool), who built the causeway to walk from Ireland to Scotland to fight his Scottish counterpart Benandonner.

This was another day trip courtesy of Paddywagon tours (part of the same day trip that took us to Belfast and Carrick-a-Rede Rope Bridge). The only downside to these trips is the amount of time you are given at each location. I could have spent all day here and would love to have stayed until sunset. But we only had a couple of hours, so I made the most of the time I had. I know this is a ton of pictures of rocks, but these are cool rocks!