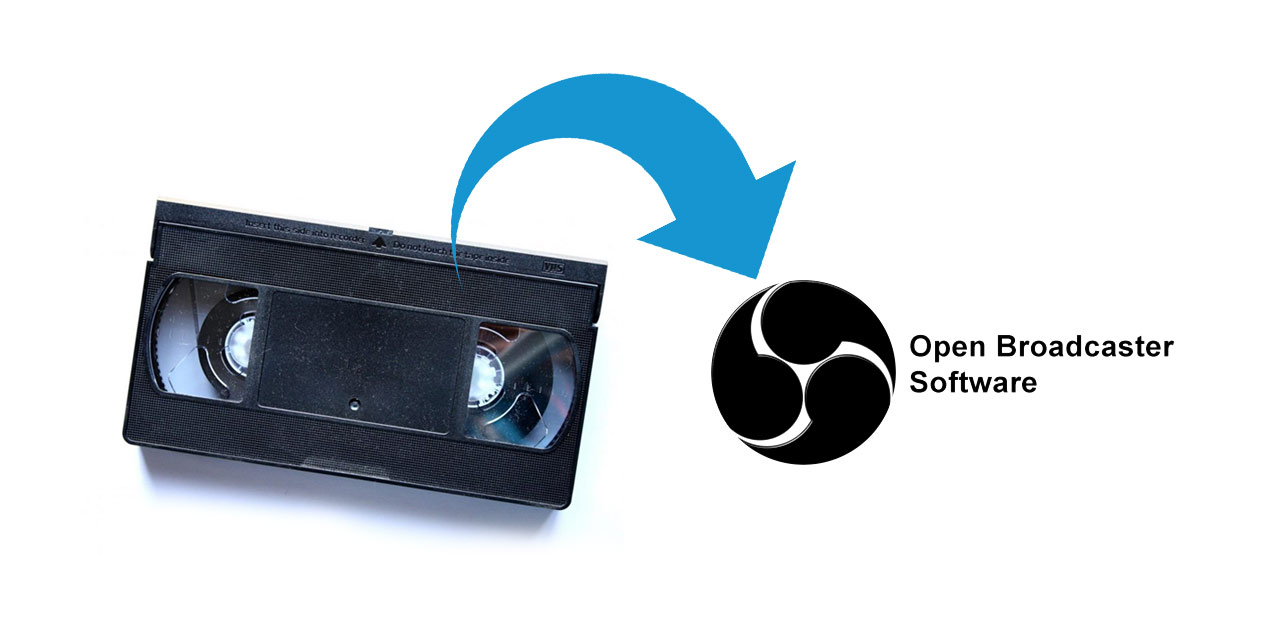 NOTE: This post was updated in January, 2022, and references a different USB converter than the one I had previously suggested in 2021. The updated converter records audio in stereo, captures both fields of video, and is verified to work with Windows 11.

If you’d rather watch a video tutorial, you can do so below:

OBS is an incredibly versatile (and free) tool, and it can even be used to digitize VHS tapes with an inexpensive piece of hardware (and a VCR, of course). Here’s how it’s done!

If you purchased the Startech.com device that I recommended, download the latest drivers from here (use the “Drivers & Downloads” tab). Once downloaded, extract the zip and run the Setup file from within the “Windows” folder. The drivers will be installed.

Plug in the Adapter

After you’ve connected the cables from the VCR to the adapter, go ahead and plug the adapter into an available USB port on your computer.  To verify that the adapter has been correctly installed, open your device manager by right clicking the Windows button and choosing “Device Manager” as shown below.

Open the “Sound, video and game controllers” section and make sure that “USB 2828x Audio Device” and “USB 2828x Device” are shown, as shown below. 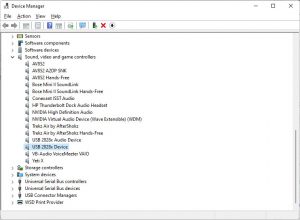 When you first launch OBS after installing it, it will ask if you’d like to run the auto-configuration wizard. Click “No” (we’ll be going through all the settings separately).

First you’ll want to set up your canvas and output settings. To open the settings, click on the “File” menu and select “Settings” as shown below. 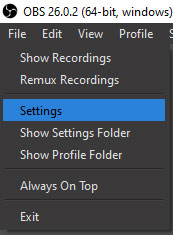 In the Settings menu, click on the “Video” tab.

NOTE: You’ll need to highlight the current resolution and type your Base (Canvas) Resolution in, as it’s not available in the dropdown.

If you’ll be digitizing your tapes for use on a modern device (like a computer or a phone) use one of these for the “Output (Scaled) Resolution” setting:

The reason for this is that your old-school VHS tapes use a resolution that will not look correct when played back on a typical computer or phone screen (it will look a bit stretched). By changing the output resolution, you’ll be using a square pixel aspect ratio which will look correct on more modern devices.

I’m assuming you’ll be recording these files for playback on a computer or mobile device, but if your intent is to burn the files to a DVD for use in a DVD player, you can use 720×480 as the output for NTSC or 720×576 for PAL.

For the “Downscale Filter” setting you can keep it at Bicubic (Sharpened scaling, 16 samples).

The settings I just described for NTSC are shown below: 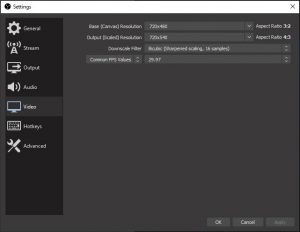 Next, you’ll set up the output settings. In the same menu you were just in (File – Settings), click on the “Output” tab. Here are the settings to use in this window:

The Recording settings I just described are shown below: 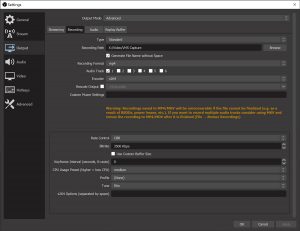 Next, select the “Audio” tab. You only have one track of audio, so for Track 1 select “192” from the dropdown (as shown below). Don’t press OK yet. 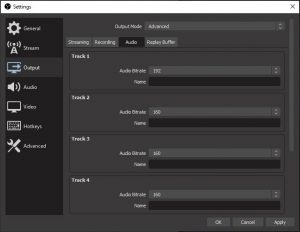 The last step in the settings menu is to go into the “Advanced” section (the last one listed on the bottom left). Go to the “Video” section at the top and change the “Color Space” to “601.” The reason for this is that your standard definition video source was originally recorded in a 601 color space (709 is for HD content and sRGB is for screen captures). The “Color Range” should be set to “Partial.” Press OK. 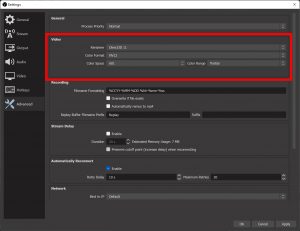 You’ll need to add your video and audio sources next, which can be done using the “Sources” panel (bottom left of the OBS interface) shown below: 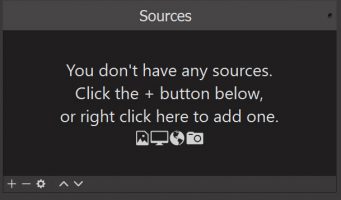 Hit the little “+” icon in the lower left of the “Sources” window and for your video input, select “Video Capture Device”, as shown below. 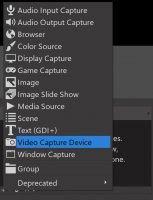 The window shown below will appear. I renamed mine to “VHS Capture.” Be sure that “Make source visible” is selected, then hit the “OK” button when you are ready to configure the video. 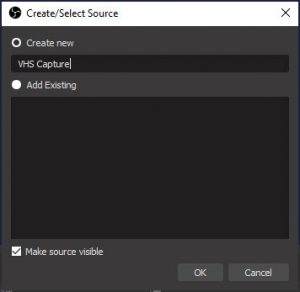 The settings menu will open once you hit the “OK” button.

If you are digitizing from an NTSC source, make sure the “Video Standard” dropdown shows “NTSC_M” and select the “VCR Input” as shown below: 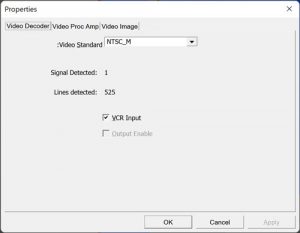 If you are digitizing from a PAL Source, there are several flavors of PAL to choose from. This chart may help you to find yours. In the image below, I’ve chosen “PAL_B” as the video standard Also select the “VCR Input” check box. 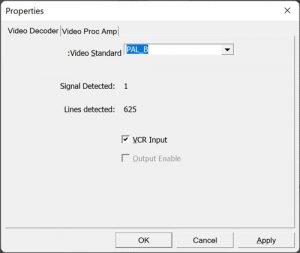 Once you’ve selected your Video Standard, press the “OK” button.

For the remainder of the “VHS Capture” options, be sure to use the following settings:

The settings I just described (for NTSC) are shown in the image below. Press the “OK” button once your settings are configured. 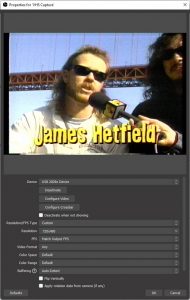 At this point you should be seeing the 720×480 sized video playing in your OBS interface as shown below:

If, for some reason, your source does not appear scaled correctly to your canvas, it’s an easy fix. Right click on the preview window and find the “Transform” option, then select the “Fit to Screen” option (shown below):

NOTE: If the black bars on the edge of the screen bother you (that’s the “overscan” area) you can scale the output to remove them. First, right click on the preview window and find the “preview scaling” option (shown below):

Change the “Preview Scaling” option to “Canvas (720×480).” Doing this will allow you to more easily scale the output, as shown below (notice how much space there is around the preview window and the software’s interface): 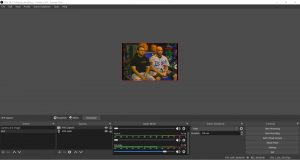 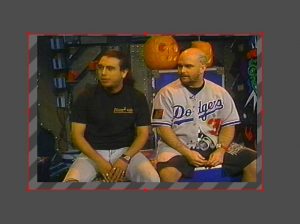 Right click “Preview Scaling” again and change it back to “Scale to Window” – you may need to do this a few times to verify that the black bars are totally hidden. 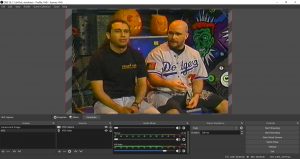 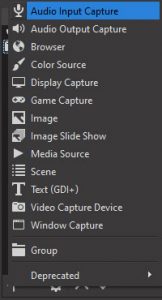 I named mine “VHS Audio” (shown below). 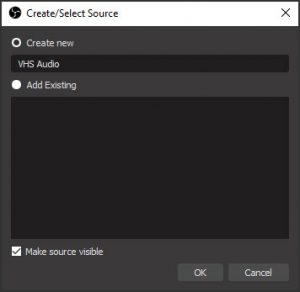 The settings menu will open once you hit the “OK” button. For “Device” select “Line (USB 2828x Audio Device)” as shown below, then press “OK”: 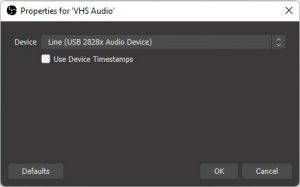 Now that your video and audio sources are set up, you’ll want to change one more video setting. Right click on your “VHS Capture” source (in the “Sources” window) and hover over “Deinterlacing.” Select “Yadif 2x” and “Top Field First.” Without this setting, you’ll see jagged lines in your recorded video whenever there’s any significant movement. The setting is shown below

NOTE – you don’t need to use this setting if you are digitizing with the intent to play your files on a DVD player: 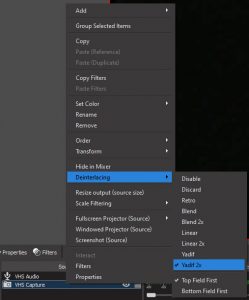 Next, you’ll need to verify that the audio in the “Audio Mixer” window is properly configured. Any sources besides “VHS Audio” should be muted by sliding the volume slider all the way to the left. The “VHS Audio” slider should have levels showing when you have your VCR playing. Any other sources should not show any levels (especially “Desktop Audio”). 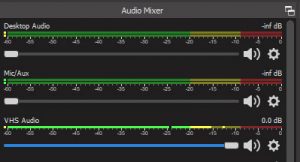 By default you won’t hear anything when your tape starts to play, but you can monitor the input if you want. To do so, click the little gear icon on your “VHS Audio” source (in the Audio Mixer). Select “Advanced Audio Properties” from the resulting menu, as shown below: 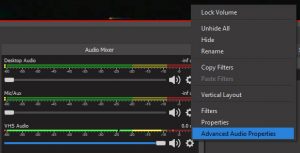 From within the “Advanced Audio Properties” window, find your “VHS Audio” source and select “Monitor and Output.” You’ll immediately hear the audio from your VHS tape.

Everything is now configured, so you can start to record. To do so, hit the “Start Recording” button, found in the lower right in the OBS interface, shown below: 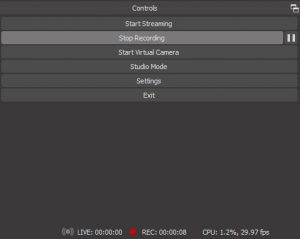 Here’s a full screen shot of what your OBS interface should look like after running through this tutorial (you might not have as many audio sources as me but otherwise it should look the same). 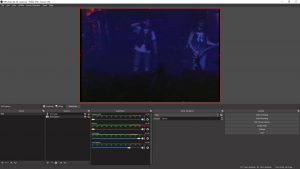 When you are done recording, you’ll probably want to rename the resulting mp4 file since OBS just names it something arbitrary based on the date of the recording. To rename the file, browse to the “Recording Path” that you selected when you were setting up your output settings. In case you forgot where that setting was, it’s shown below. Browse to that location and you’ll find your file.

Shown below is the file that was created by OBS for me. You can see that it’s currently not named anything that’ll mean much to me a year from now, so I’ll want to rename it. A quick shortcut for renaming a file in Windows is to highlight it, then hit the “F2” key on the keyboard.

That’s it! If you have any questions feel free to let me know.