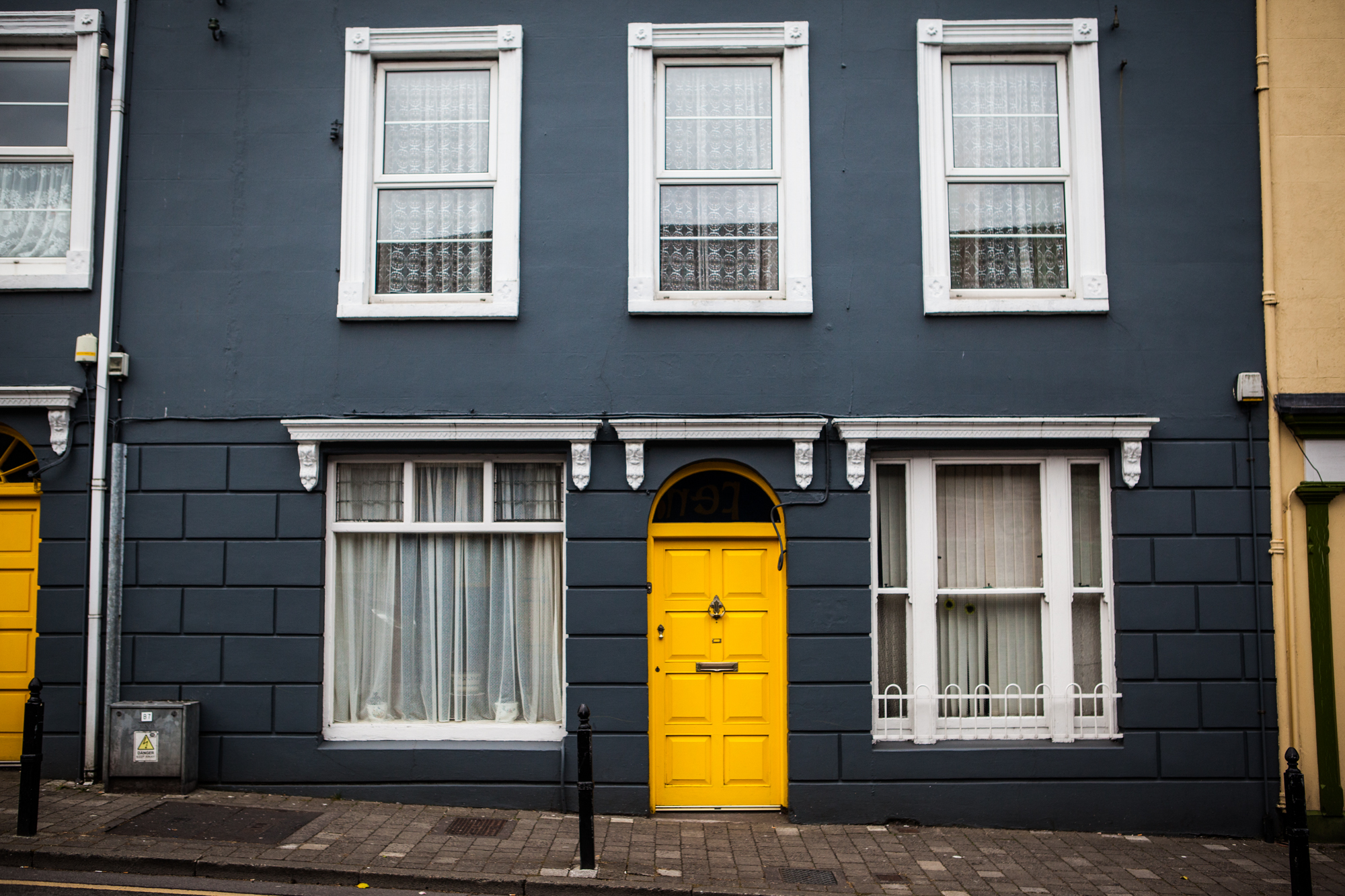 The fourth stop on our Ireland vacation was The Dingle Peninsula. This was the only really cold and rainy day on our vacation but we were able to make the most of it. Our Paddy Wagon “bus” (it was more like a large van) got lost trying to find the B&B that we stayed in the night before, so we ended up sitting in the front with the driver. That ended up being a blessing in disguise, because we got to hear several stories from the driver that other people in the van didn’t get to hear, plus we got a view out the front window (also something others in the van didn’t get to experience).  This tour took us to the most westerly drive in Europe known as the Slea Head drive, which runs along the Atlantic Coast on the western shoreline. We also stopped in Dingle town, one of the most picturesque fishing towns in Ireland. Another feature of this tour was a stop at one of the locations where the film “Far and Away” was shot. Apparently Tom Cruise still comes to this area when he’s in the country to visit a woman named Mary, whom the bus driver said was a “sweet old woman”.  Mary’s property has several beehive huts that you can explore, but if you do be sure you pay her five euro! She has a small (and confusing) sign that says something along the lines of, “house tours, five euro”. She more or less chased us off her property for not paying as we attempted to shoot photos of a beehive hut! Not so nice there, Mary. I disagree with the bus driver’s assessment of Mary. Still, this was a fun tour along Ireland’s beautiful Atlantic Coast.  Enjoy the photos!