Shooting a Concert with a GoPro 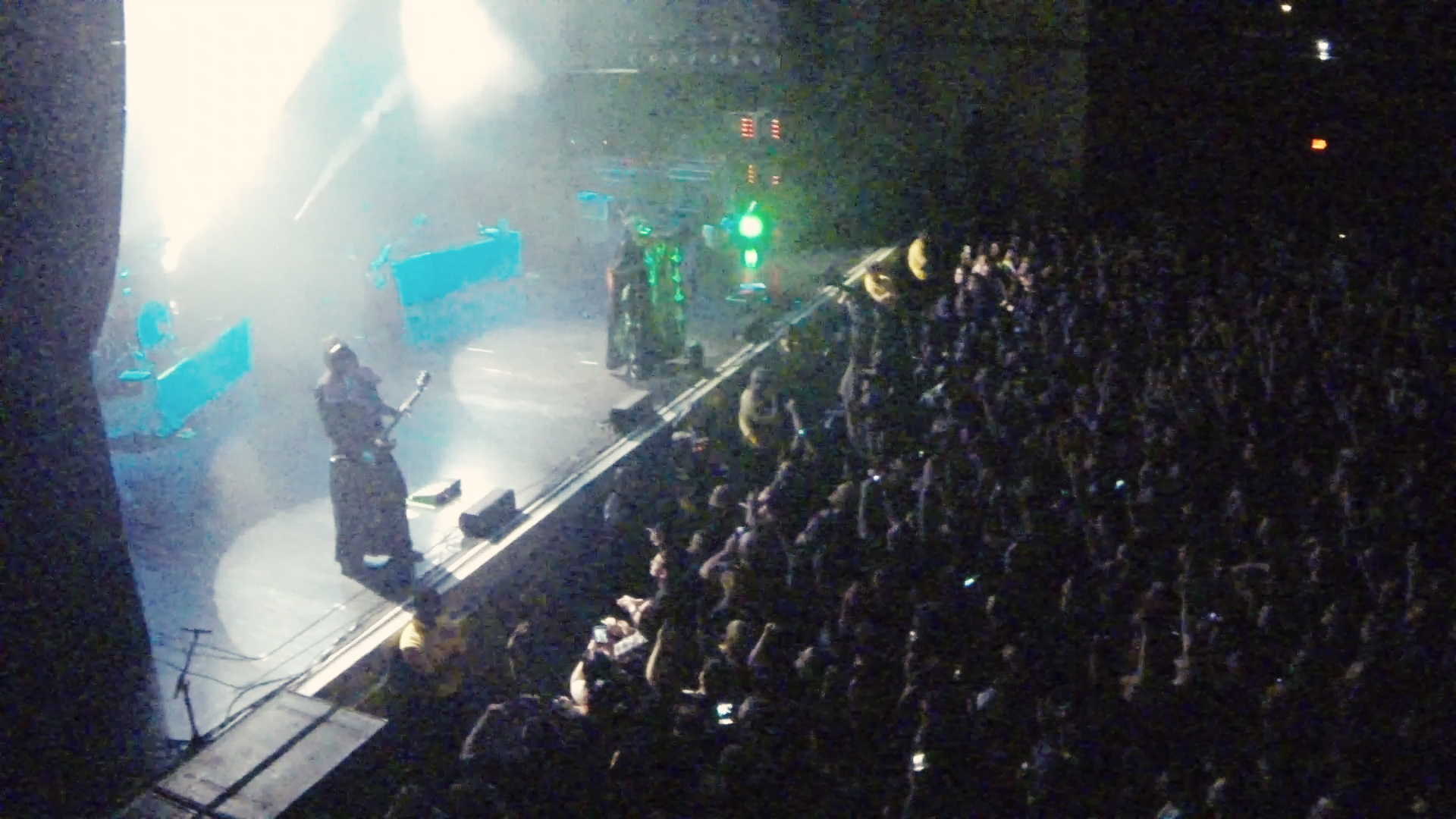 I recently decided to try to shoot a concert in Pittsburgh using a GoPro and I thought I’d share my findings.

UPDATE – I have a new post about using a GoPro Hero4 Black to record a concert, which you can view right here.

First off, here’s the equipment I brought with me, all of which is available on Amazon.

The settings I used on the GoPro were:

There’s also a GoPro Hero 4 Silver “Music Bundle” available on Amazon, though this appears to be geared towards recording actual instruments on stage (such as attaching the GoPro to a guitar). Still, I thought it was worth mentioning.

So here’s what my plan was for getting all of this stuff into the venue. I’m not entirely sure they even cared about my camera, considering a GoPro is smaller than most point and shoot cameras, but just to be on the safe side I snuck most of this stuff in. The chest mount I wore under my pants (around my waist). I took the skeleton housing apart and had pieces of it shoved in my pants and in the pockets of my jacket. The microphone was so tiny that I just put it along with the mic adapter in the pocket of my jeans. I held the GoPro in my hands (along with my car keys and wallet) when they were doing the whole pat-down routine as we entered the venue.

I shot the footage at Stage AE in Pittsburgh, PA. We had VIP seats on the left side of the stage (VIP seats at Stage AE are basically box seats in the upper deck of the venue), so once we found where we’d be for the evening, I headed into the restroom, put my GoPro together and got the chest mount ready. During the opening act, with the lights down, I put on the chest mount, dug out the mic and attached it to my jacket (the Olympus microphone that I used came with a small alligator clip) and lastly got the GoPro connected. Security were directly behind us, but they either didn’t notice what I was doing or didn’t care.

Once the band we came to see hit the stage (the band was Ghost) I stood up, hit record on the GoPro, and basically acted like a human tripod for the first ten minutes of the show. Unfortunately, security didn’t like the fact that we were standing and “blocking the view”, despite the fact that there was a wall behind us. We were forced to sit down, which I hadn’t anticipated. So most of my footage ended up being blocked by the barrier that was in front of our seats.

In order to stay stealthy, I disabled all of the LED lights on the GoPro, so hitting the “record” button was somewhat nerve wracking.  Was it really recording? I had no way to know other than firing up the wireless transmitter and using my phone to check, which I decided against because it eats up so much battery. Fortunately it turned out that the record button was indeed successfully pressed. I knew fairly quickly that the GoPro was recording anyway, because it was getting really warm! I could touch it and feel how hot it was, so I knew it was doing at least something. The GoPro with the battery BacPac only lasted about an an hour, unfortunately. I’m not sure exactly why it didn’t last longer (I’ve read that it should last around 70 minutes) but I ended up not recording the last 30 minutes of Ghost’s show.

When I got home to check out the footage, I have to admit I was a bit disappointed. I was using the “ProTune” setting on the GoPro, which might have done more harm than good. The footage was VERY noisy. I expected some noise, but this was really bad. You can see it in the video I’ve embedded on this page. I’ve read that the ProTune setting can actually add noise in extremely dark situations, and that definitely seemed to be the case here. On top of that issue, having security force us to sit down really threw a wrench into my plans. If I attempt this again and have similar seats, I may consider wearing a hat and using the GoPro head mount.

The video footage might have looked bad, but I have to say I was thrilled with the quality of the audio. The GoPro has automatic gain control, so I knew going in that I’d end up with audio that wasn’t distorted. But that Olympus mic did a really nice job! So at the very least I got a decent audio recording of the show. I did do some minor EQ work using Adobe Audition to pull some of the lower and mid tones out of the recording.

So after this experience, if you are looking to record a show using a GoPro with the intention of having a high quality video to take home, I would consider using equipment other than the GoPro Hero 3 Black. If you just want something kinda cool to have as a souvenir from your concert experience though, this might be a nice option. I plan to try this experiment again using the newly released Hero 4, as is has settings for changing the ISO, which hopefully will dramatically reduce the video noise issues.

I hope this helped anyone considering shooting a concert with a GoPro! Feel free to comment and let me know if you have any tips or tricks that I can try in the future.