Using Speedlites and External Flashes with a Sony A7R III 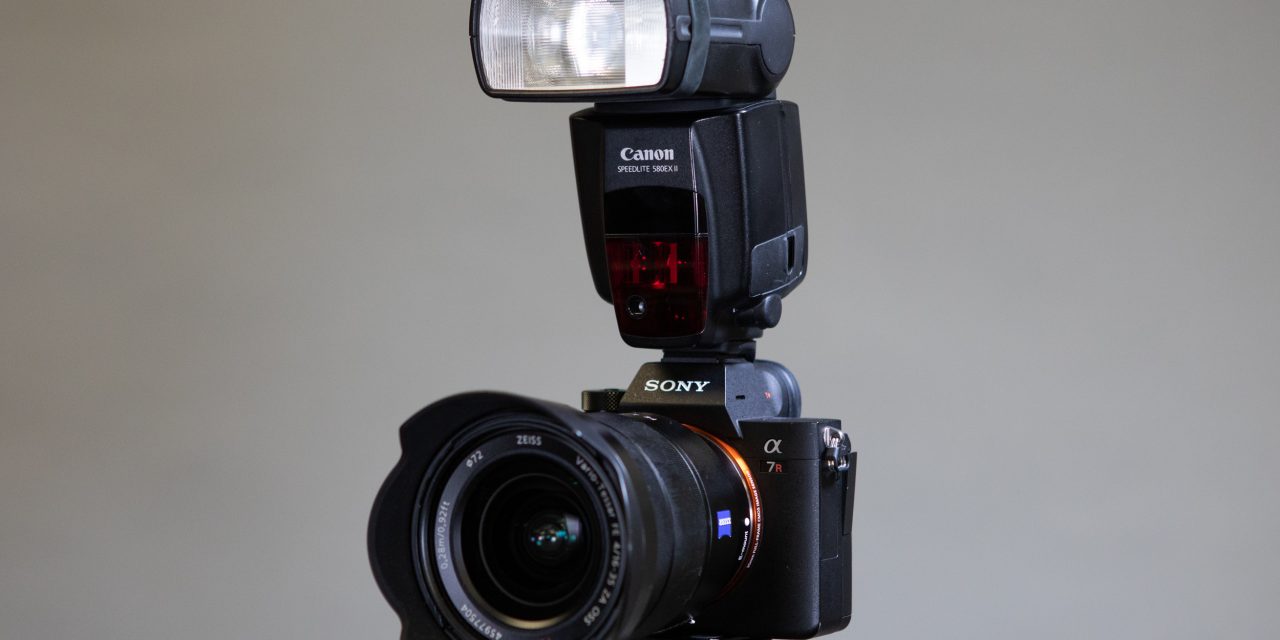 A few years ago I wrote a post about using a Canon speedlite flash with a Sony A7 (or A7R) and I recently upgraded to a Sony A7R III, so I thought I’d put together an updated post. I used a set of 580EX II flashes as my speedlites and I also used a Lumiair Bowens Gemini GM400Rx studio strobe. If you have the 580EX flash (as opposed to the 580EX II) and need tips on that particular model, Steve Heap wrote a great article on how he got that flash to work with his Sony cameras.

Attaching a Canon 580EX II to the Sony A7R III 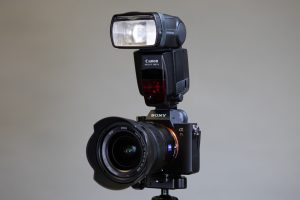 The Canon flash attaches directly to the Sony A7R III’s hotshoe without any issues. You’ll notice that not all of the contacts line up, which is probably why you’ll run into your first issue: There is no ETTL mode available to you when using these flashes.

Putting the Flash in Manual Mode

In order to get the flash out of ETTL and into manual mode, you’ll need to follow these steps: 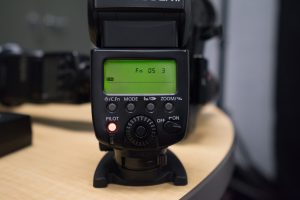 This is what you should see if you’ve set the custom functions to work with manual external metering.

Also just as a side note – the flash will turn itself off after a few minutes unless you disable to “auto off” option. To disable “auto off”, follow these steps: 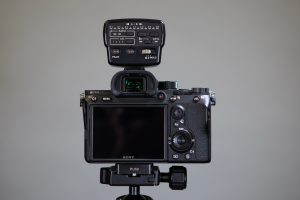 Another way to fire the Canon flash is to shoot remotely using another flash, a radio trigger, or by using a speedlite transmitter (such as the ST-E2). You are again relegated to using either custom functions or manual mode on the flash, and in addition you’ll need to dip into the remote functions of your speedlite(s). Continue reading to learn more about various remote firing options

Using the Canon ST-E2 to Trigger your Speedlites Wirelessly

I’m assuming at this point you have your flashes in either manual mode or are using a custom function already, but if not, be sure to read the section just above this one – this won’t work unless the flashes are out of ETTL. If that’s ready to roll, here’s the next steps for using the Canon ST-E2 transmitter.

Using a 580 EXII to Trigger your Speedlite(s) Wirelessly

You can alternately use a speedlite as a master flash to trigger other Canon flashes. In order to do this, follow these steps:

For some reason, Canon decided to make it so that the only way to fire a Canon speedlite optically (using a burst of light from another flash) is to use another Canon speedlite. If you attempt to do this using any other brand of speedlites or any sort of studio strobes, the flash will fire but will be out of sync. Canon flashes use a “pre-flash” that fires milliseconds before the actual flash, which is how any connected Canon flashes know to fire. Because of this oddball configuration Canon chose to use, a flash fired via a non-Canon flash will confuse any Canon flashes because the flash is looking for that pre-flash, causing the flash to fire out of sync. I have no idea why Canon chose to do this (other than forcing you to buy more Canon flashes), but fortunately I found a fix. There’s a company called Flash Zebra and they make something called an “optical slave.” The optical slave is a tiny dongle-like device that plugs into your Canon flash via the PC Sync port. Essentially what happens is that with the optical slave connected, the Canon speedlite is fooled into thinking you’ve connected a PC sync cable, and the flash will fire at the same time as all the other flashes. It works like a charm. To use the Flash Zebra Optical Slave, follow these steps: 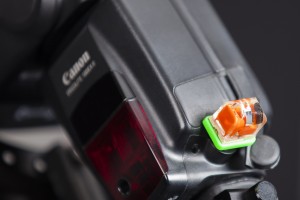 You can pick up an optical slave from Flash Zebra’s website for just $16 (plus shipping).

Using a Radio Transmitter to Trigger your Speedlite(s)

You can also use a radio transmitter trigger to fire a flash (or a number of flashes). I bought an inexpensive transmitter kit from Cowboy Studio and it works just fine on every flash that I’ve tried it on. In order to do this, follow these steps: 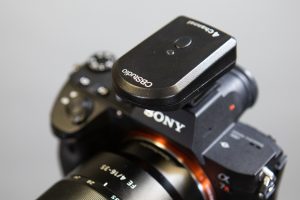 Using a Studio Strobe with the A7R III

The A7R III (finally) includes a sync port!  I used a Lumiair Bowens Gemini GM400Rx studio strobe for these tests. This strobe also came with a wireless option, so I tested with that as well.

To use the sync port: 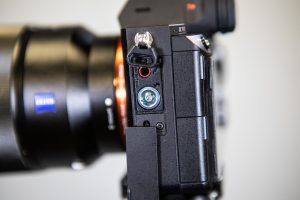 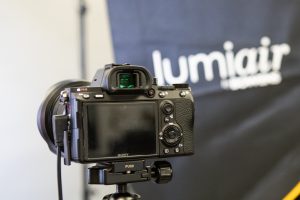 Sync cable attached (with strobe in the background)

Using the Wireless Option on the Strobe: 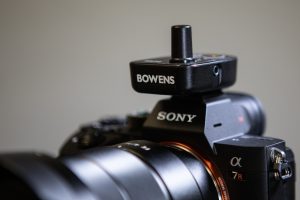 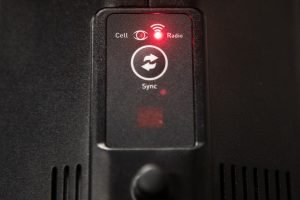 I’m happy that the Sony A7 cameras work with Canon gear, as it immediately saved me money.  The biggest issue you will run into with two out of the three wireless setups I presented is sync speed. Using the ST-E2, the fastest I was able to achieve was a whopping 1/80th sec! Not so good. Using a 580 EXII as the “master” flash boosted this to 1/125th sec, but that’s still fairly slow. If faster shutter speed is important to you when wireless shooting with a speedlite, the Flash Zebra Optical Slave (1/200th sec.) or using a transmitter kit (1/160th sec.) are the two best options. If you have access to a studio strobe with wireless capability, you can get 1/200th sec out of that setup as well.

Hopefully this helped anyone who was wondering about this. If I missed anything, feel free to let me know.